In order to get an idea of the offshore extent of the tidal jet, exchange, and overall dispersion, Matt Spydell has taken the NEARCOM (tide+waves) model output provided by Tom Hsu, Fengyan Shi, and Jia-Lin Chen @ UDEL and released numerical drifters inside the inlet at the start of the ebb tide.  These drifters are advected by the currents and also randomly dispaced in a random walk (for details see Spydell et al. JGR 2012 in press) with a diffusivity of 0.1 m^2/s.   Arguably this is small for the inlet but ….

The top panel shows the tidal elevation.  time=0 is 1.5 hr after high tide.  The panels below show the numerical drifters as red dots.  At t=1min after release, they are tightly clustered near the release location.   The drifters then get ejected out the inlet after 1 hour.   They spread and eventually some start to get pulled back to the inlet on a flood tide (t =480 min, 8 hrs after release). 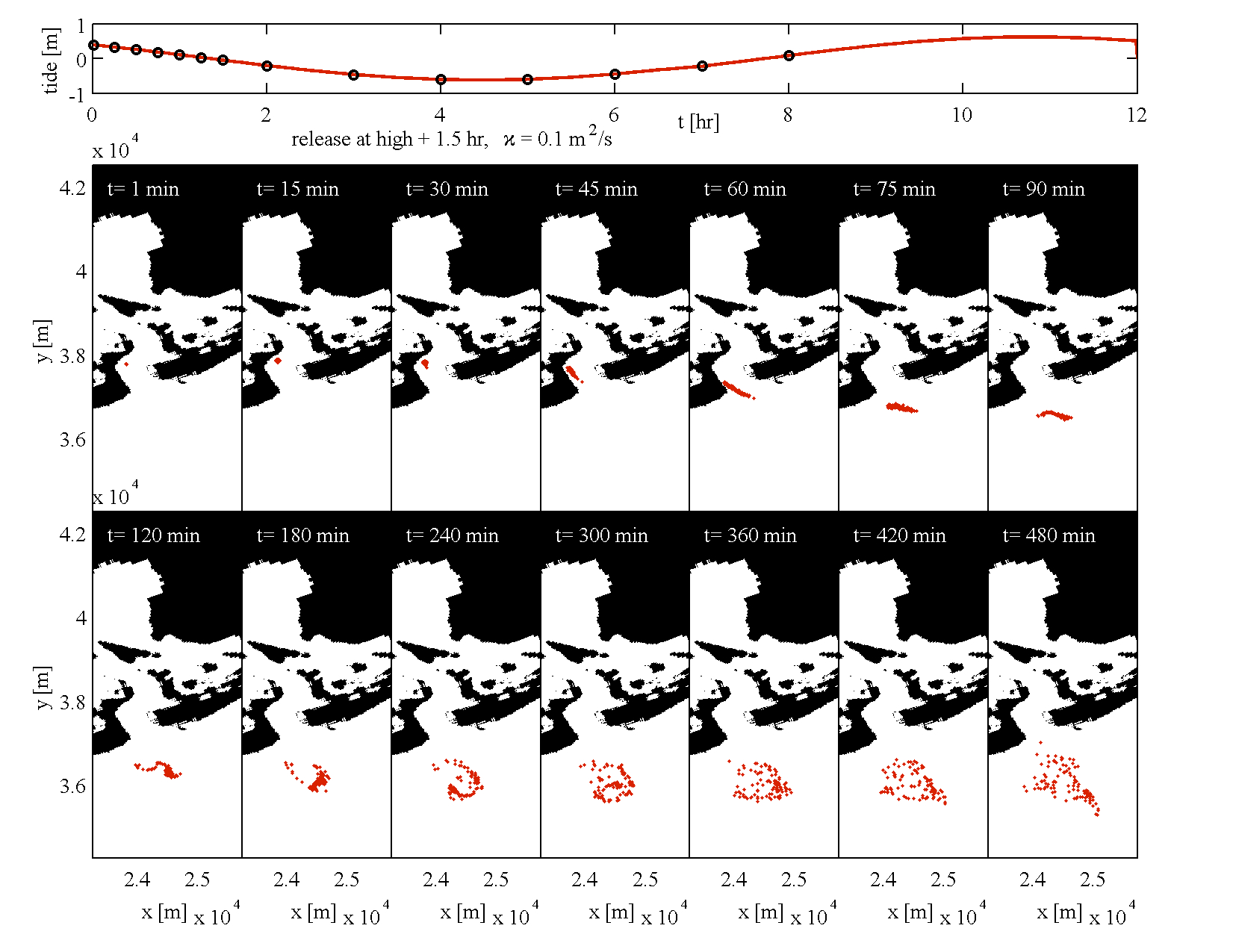 It is interesting to compare this to releasing drifters right at high tide (1.5 hours before the release above).   Now, the drifter rush all the way up the inlet before turning around on ebb tide and being ejected roughly 6 hours after release. 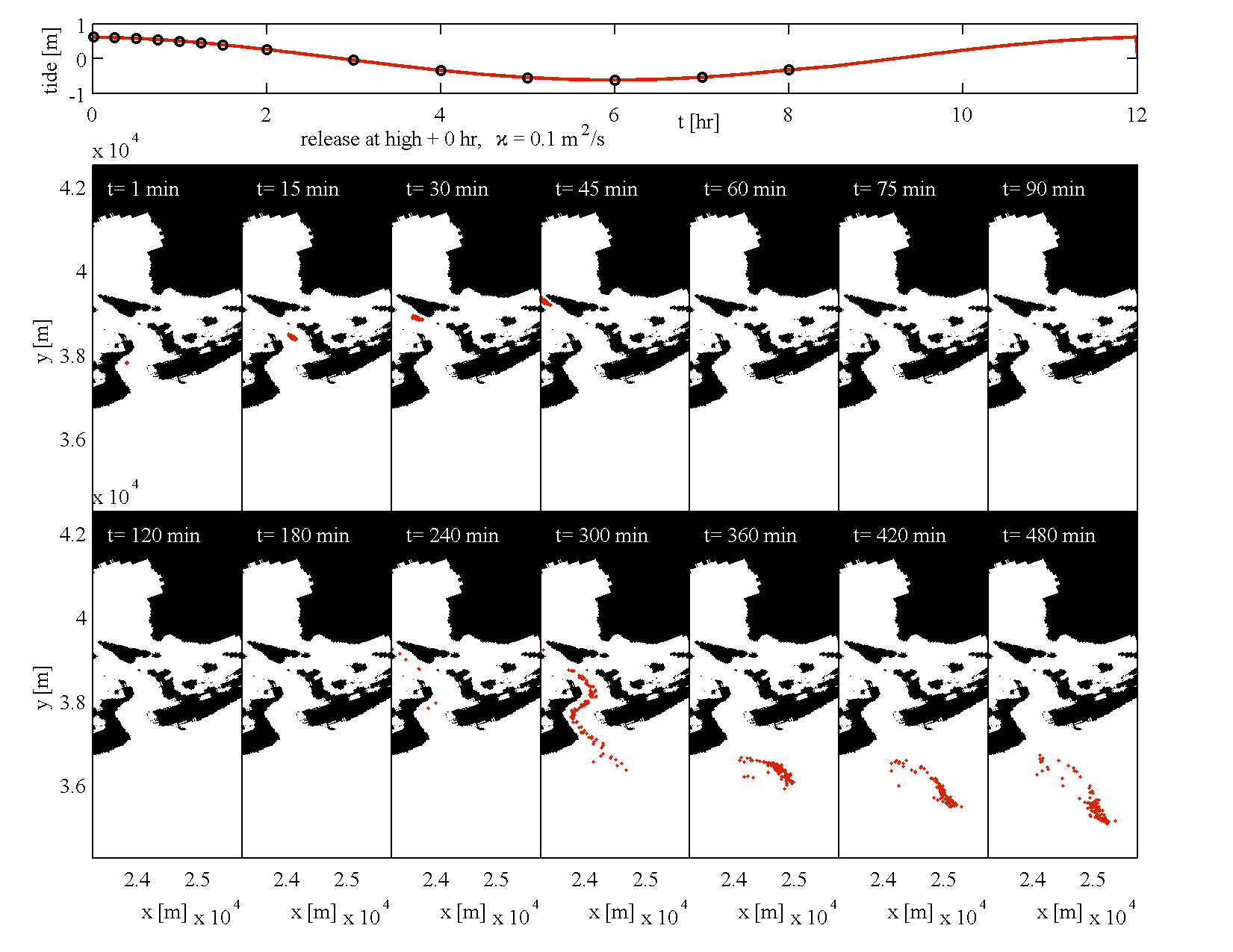 Note, in this simulations after 8 hrs, some drifters are more than 3 km from shore!