Below is a google earth image of the WHOI (Raubenheimer/Elgar) & SIO (Feddersen/Guza) sensor deployment plan.  We coordinated last week to get the best coverage from all of our sensors.   Steve Elgar made the nice map below.  It will change once we get the new survey after the dredging,  but this gives an idea of # of instruments and their distribution.  Note, the red symbols are WHOI (Raubenheimer/Elgar).

The other symbols are SIO (Feddersen/Guza) 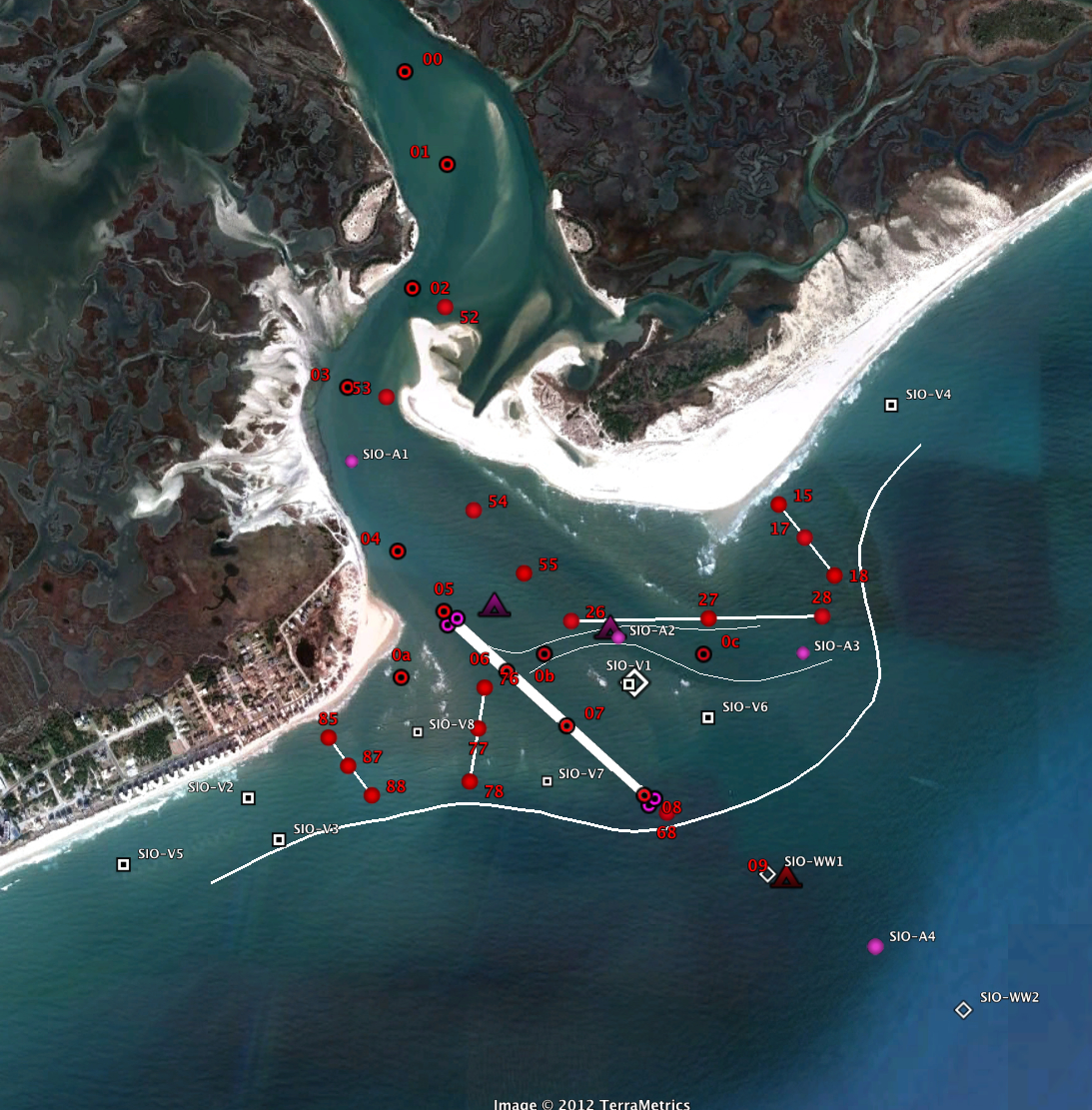 There are many other instruments being deployed by various groups (NPS/UMiami, UNH, SIO-Terrill, WHOI-Traykovski/Geyer) among others.