Today was the first day of the SIO (Feddersen/Guza) drifter releases.    We did 3 set of 2hr+ drifter releases with our 35 drifter fleet.    The first release began at about 0830 as the tide began to ebb.      We released the 35 drifters near channel marker 08 but in slightly different cross-channel positions – see the screenshot image below from our drifter tracking software. 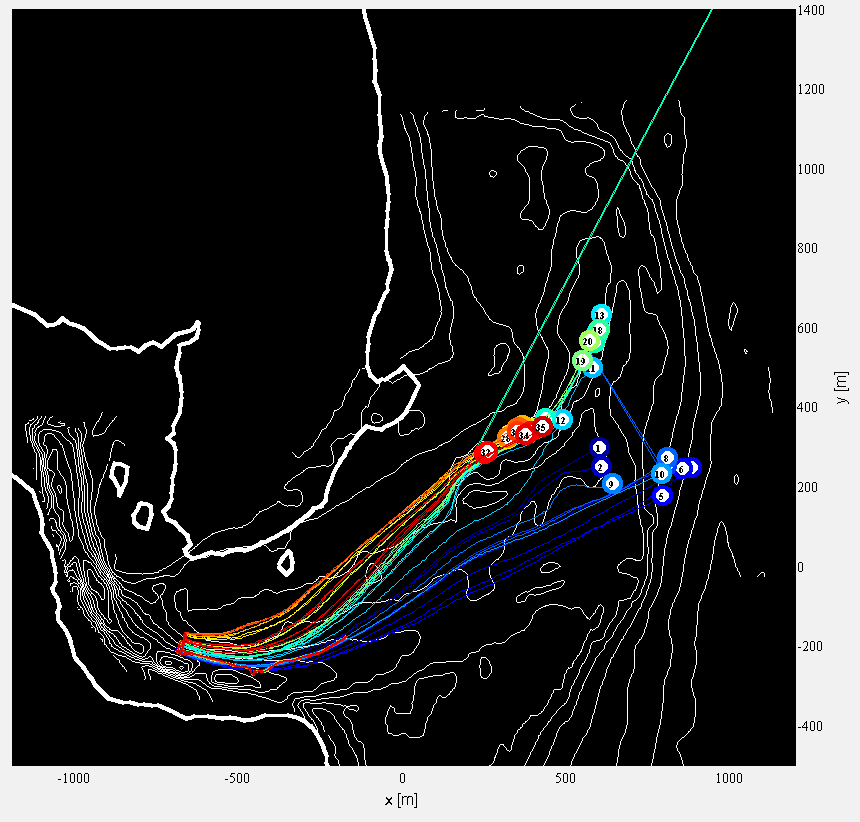 Drifter tracks at New River Inlet superimpod upon the bathymetry in NRI coordinates. The filled circles are drifter location after ~ 30-40 min after release. Drifters were released near channel marker 8 at about x=-700m and y=-200 m soon after the start of the ebb.

All the drifters flowed out of the inlet into the ocean.  The interesting thing is that the path the drifters took – whether the “old” or “new” (dredged) channel – depended strongly on where in the cross-shore the drifters were released at.   The drifters released closer to the Onslow Beach side (ie, redish tracks ) went out the old channel, those on the topsail beach side (blue-ish tracks) went out the new channel.     The two channels are separated by a shoal that can be near dry sand at low tide.     Basically, this is saying that the initial condition matters.

The last drifter release occured offshore of the ebb shoals in about 4 m depth as the tide was flooding.   At first the drifters moved along contant bathymetry lines and then began to cross the shoal (see photo below). 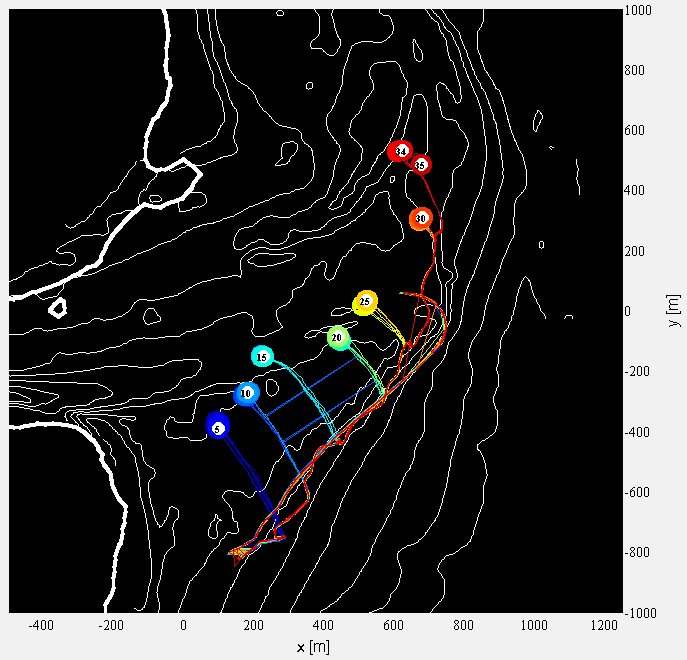 Drifter tracks at New River Inlet on a flooding tide with bathymetry superimposed. Drifters are released on the 3-4 m depth contour offshore of the ebb-shoal.

Eventually the drifters released the furthest down-shoal (most to the SW at y=-800 m), got pulled into the deep part of the inlet and rapidly advected up inlet.    The drifters deployed farther to the mid-point of the shoal meandered around much longer going onshore but also in the +y direction (see photo below). 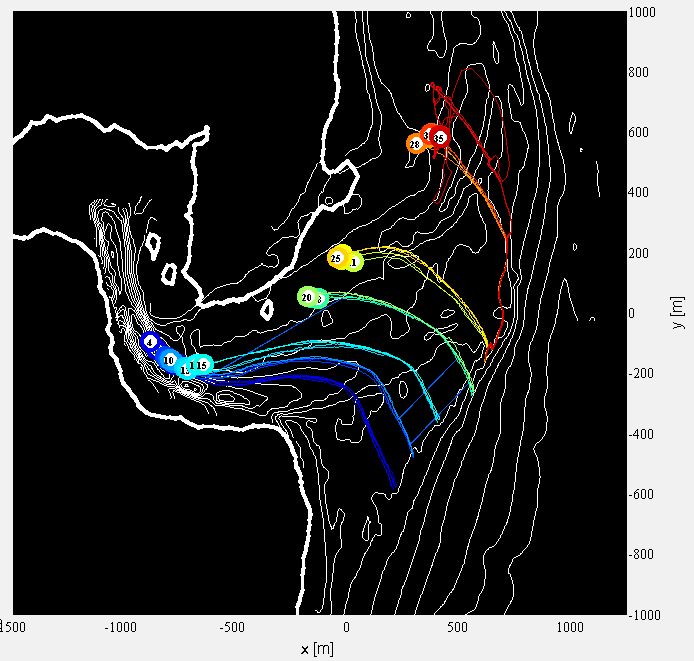 Drifter tracks at a later stage of the flood tide

Eventually all but 3 drifters made it up the inlet and were recovered up-inlet of where the FRF bathymetry survey ended.     But the paths were again quite different – as some went along the navigation channel and some in the remnant old channel near the Onslow beach side.   Another interesting point is that unlike surfzone drifter dispersion, the 2-particle dispersion appears to be relatively weak.    We’ll be exploring that in greater detail.