Today was day 2 of drifter releases.   Everything went very well with the exception of possibly dinging the WHOI location 55 with our Whaler.     We did three releases.   The first was during a strong ebb tide.    The 2nd was an attempt to capture the transition from ebb to flood.    Two drifter track images are shown below.     The first image is approximately 15 minutes after the drifters were released.    They were released in clumps of 5 at different locations in the navigation channel.   This was as the ebb tide was becoming weaker, but still offshore propagation is quite clear. 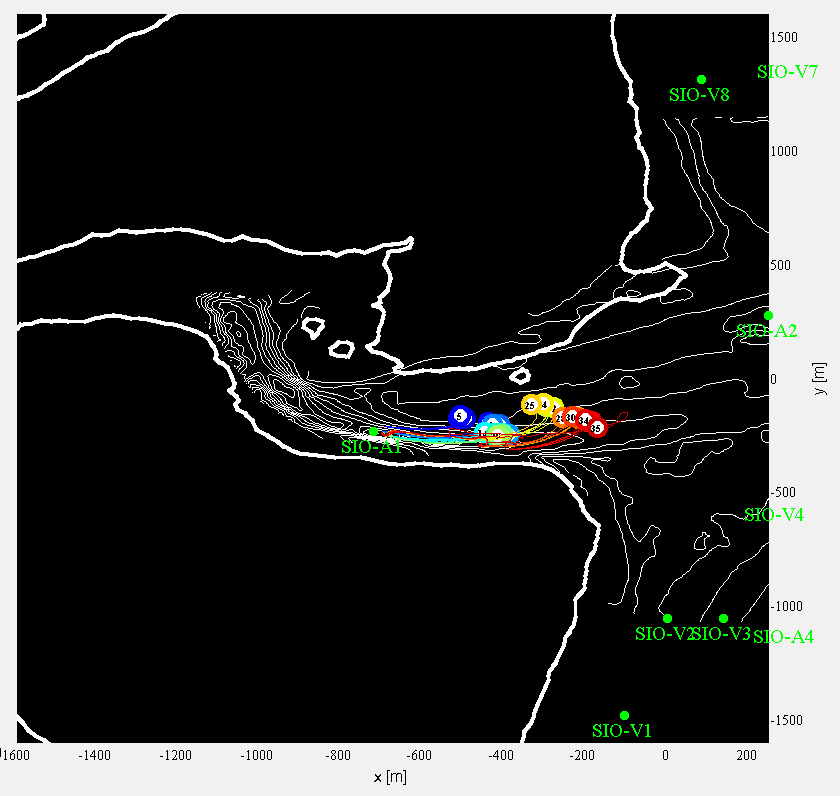 May 2nd Drifter tracks at New River Inlet on superimposed bathymetry at the end of an ebb tide. Filled circles with numbers represent drifter locations, and the colored curves the tracks. May 2nd drifter tracks on the transition to flood tide ~1 hr after the previous image. Note the loopback of the drifters and the convergence onto a single streamline as they propagate up the inlet. 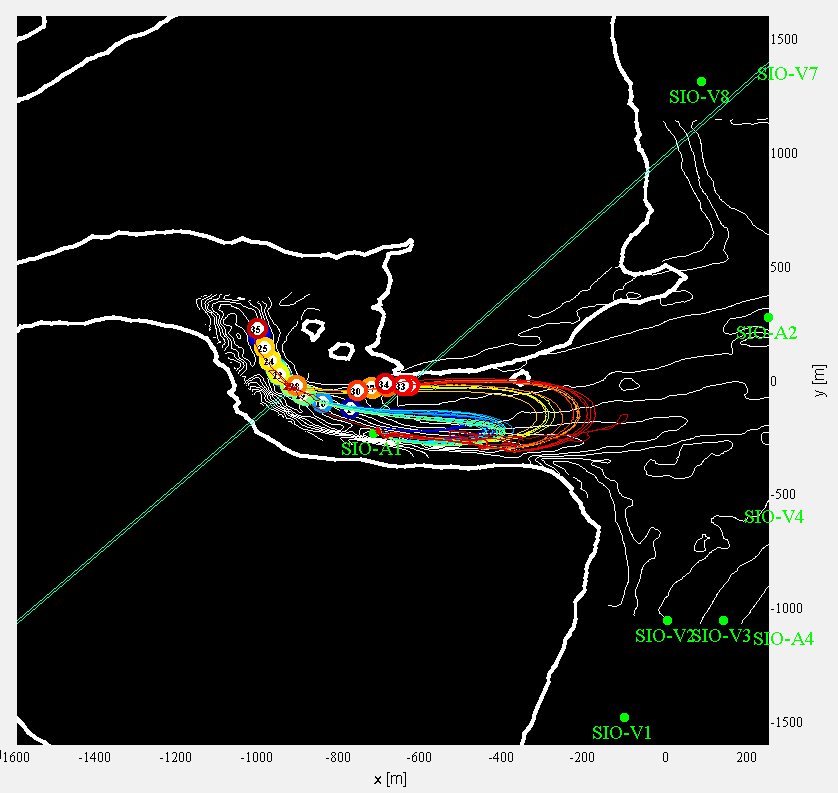 About an hour later as the tide had switched from ebb to flood, the drifters had turned around in a loop and headed back up the inlet (see image above)  The very interesting thing is that all the drifters began coming together onto a single streamline as they converged at the inlet bend near Can #10. 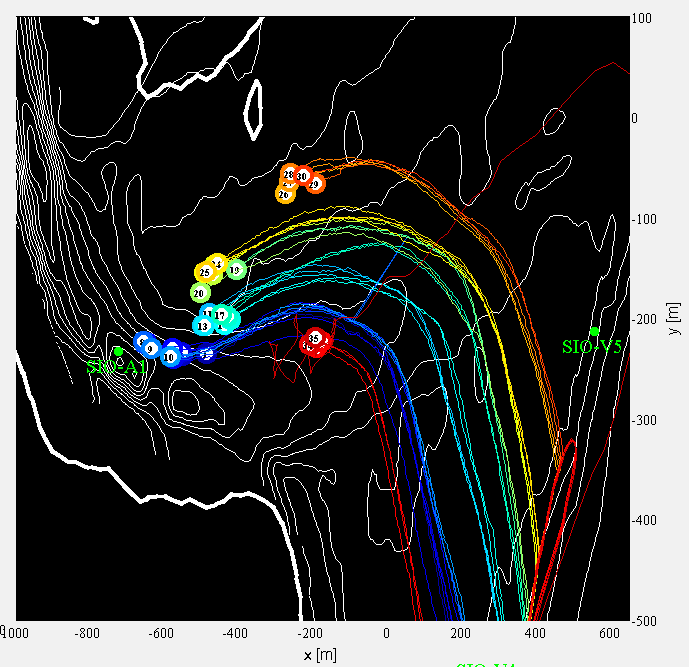 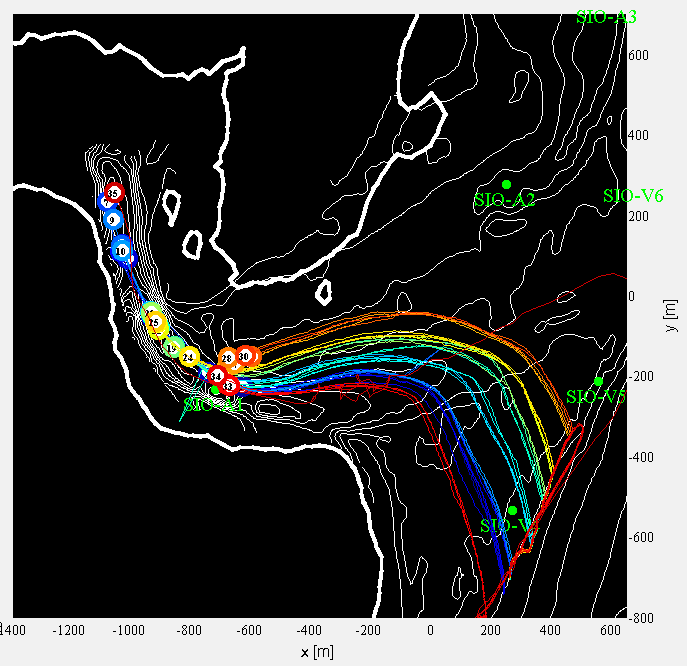 Later on nearly all the drifters have converged on this one particular line.   From the boat it was very neat.   Like a train of drifters coming at your.   You could see them relatively spread out and then they would converge onto the line.     Below is a photo the Dennis Darnell took from the SIO Whaler.

Photo of the drifter train along a convergence (scum) line (photo: Dennis Darnell)

Two more days of drifters, then a day for turning around instruments, and then dye.