Yesterday (May 3rd) was the 3rd day of SIO drifter releases.     It was quite interesting.  We released again on an ebb tide near channel marker 8.  This time we released drifters in pairs (except for the last 3) separated by 1 minute.  With 33 drifters it took 17 minutes.   The reason for time separation was to see how that might affect dispersion, as we had noticed that drifters release in clumps often stayed together for long periods of time – or that the relative (2-particle) dispersion was weak.    This indicated that the decorrelation legnth-scales are long and so we wanted to get some separation.    We also released the first 14 on the +y (Onslow) side of the buoy 8 channel marker, and the 2nd group (13 drifters) on the -y (Topsail) side of the channel marker.    The idea is to continue to dial in initial condition dependence.  The conditions on May 3rd were small waves, no wind, and a glassy ocean.

After the drifters were released, the quickly moved out the inlet, with the first group divided between the “old” and “new” channels, and the 2nd group going out the “new” channel.   See the two images below. 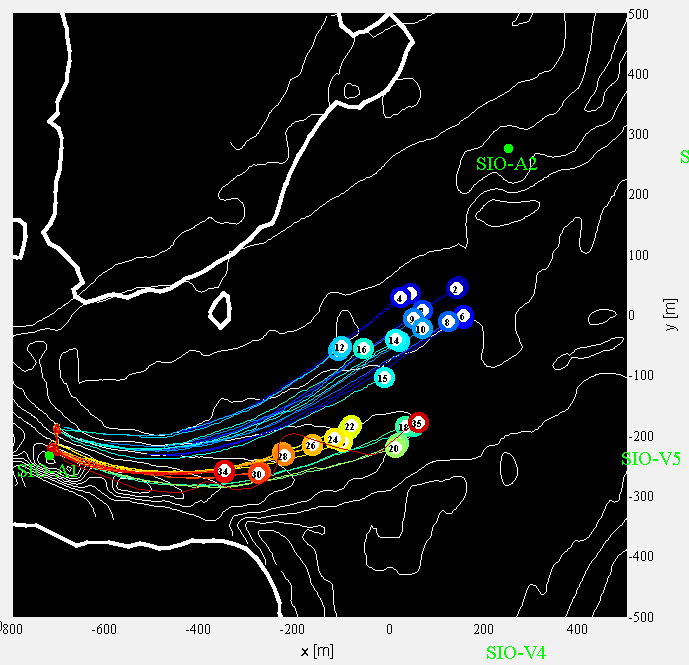 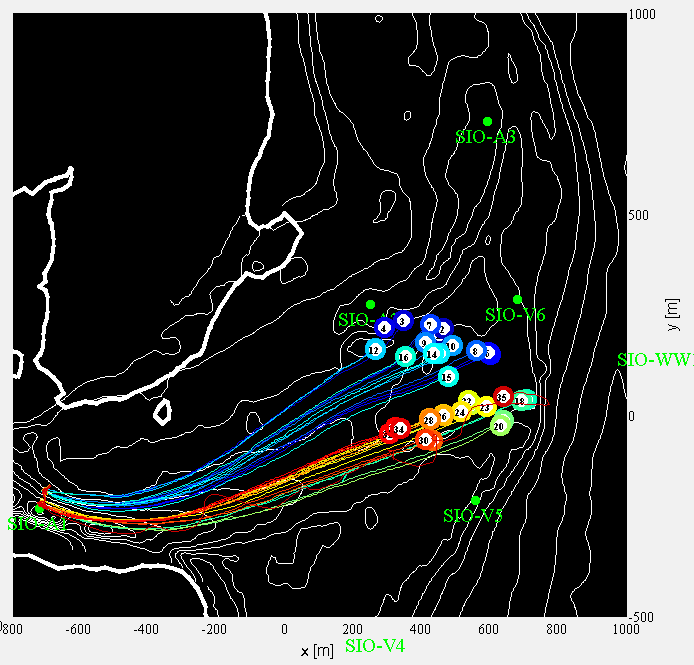 May 4th Drifter Tracks on NRI bathymetery approximately 10 min (above) and 20 min (below) after last drifter released.

The drifters then really started to jet out the main channel and below past the 6 and 8 m depth contour (where our WW1 is located) and also spread out in the alongshore direction. 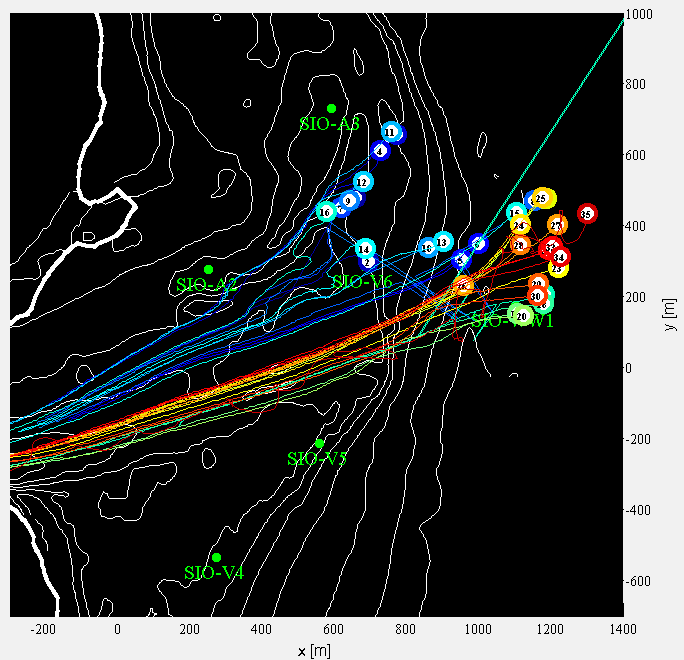 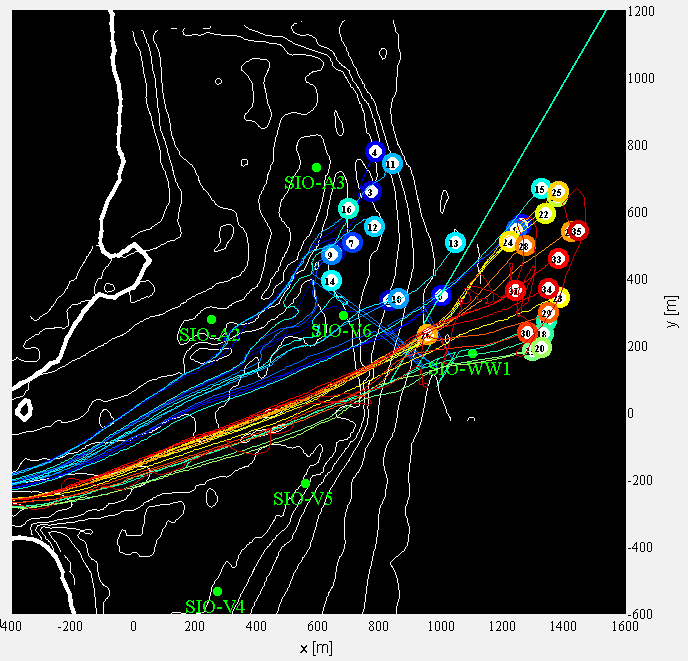 Eventually all the drifters continued to go offshore and got out of the range of our HQ antennae. The eventually stopped about 2.5 km offshore and sat in a long line along a front between browner and clear water – just like the aerial photo Gordon recently posted. We decided to keep the drifters out there to see if they would come back to the inlet as the tide turned. We had sandwiches and drinks delivered to the guys & gals on the 2 boats and jetski. The wind came up a little in the side-onshore direction and either to wind or tides or shelf processes, the drifters slowly started to march in the +y direction (to the NE). After a few hours the drifters had moed ~ 1.5-2 km in the +y direction (and at x ~ 2.5 km). As the water was strongly flooding in the inlet it was pretty clear these drifters were not coming back so we began collecting them. Guza’s over/under on # of drifters lost was 2. Miraculously, as the drifters were spread out over 3-4 km without any radio contact, we managed to collect ALL of them. It was amazing work by the drifter support crew. Thank you guys.  The funny thing is that in the end the drifters stayed organized according to their position when they exited the channel;  drifter 15 was at the northern end and 20 was at the southern end.    Quite remarkable.

More drifters out on Friday.