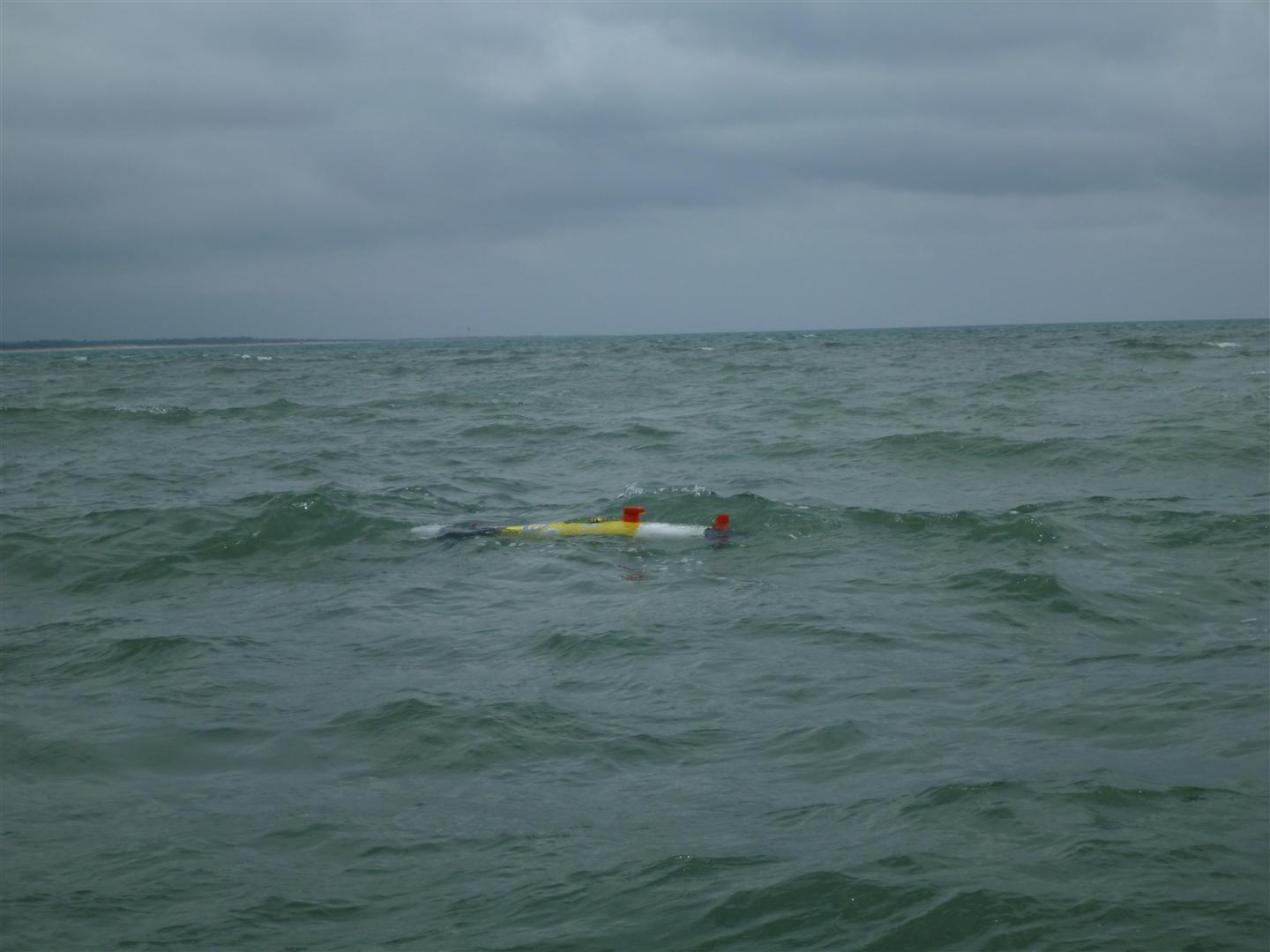 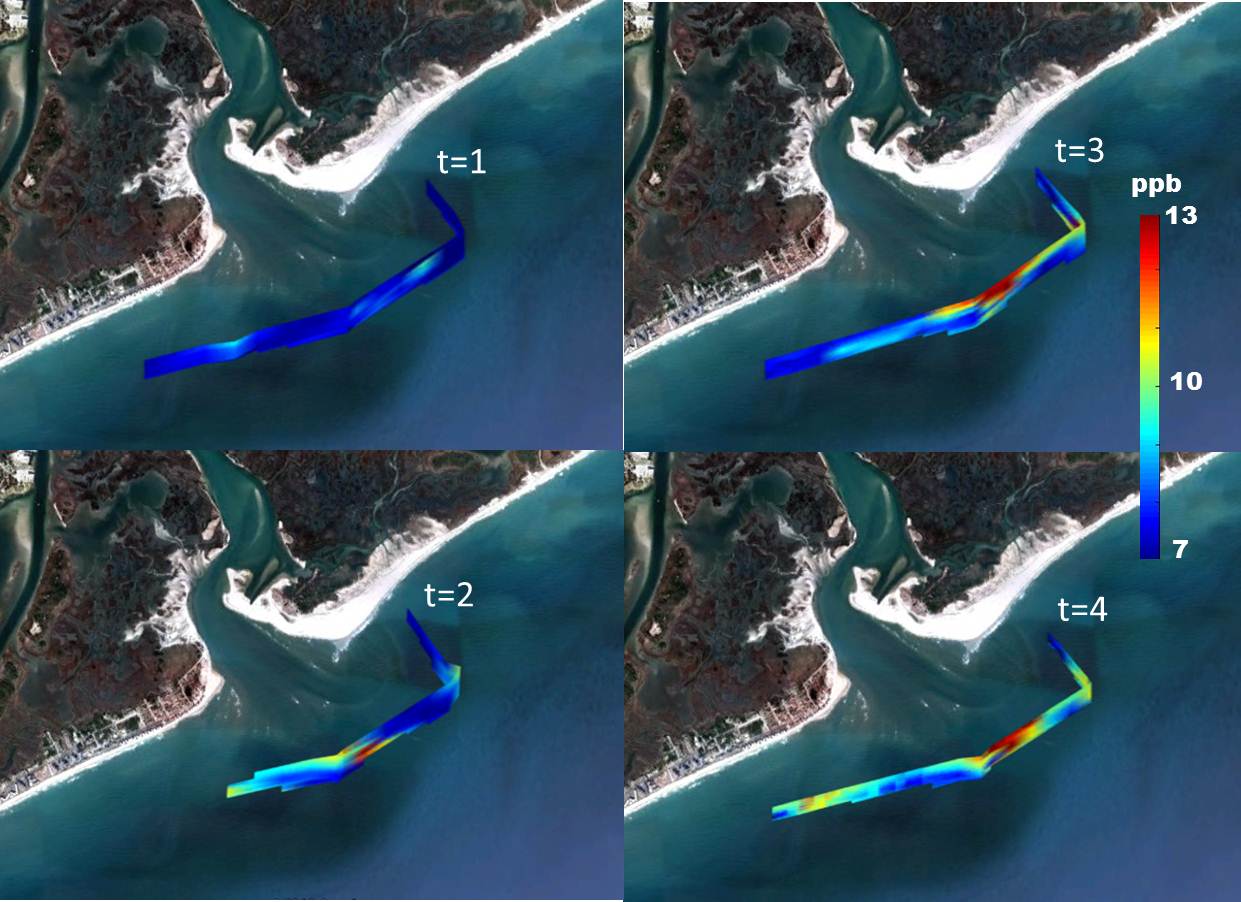 REMUS CDOM Observations of the evolving river plume at the beginning of the ebb tide (t=1) and its progression to approximately 3 hours later (t=4). Main Channel has the strongest signature, and the area to the south over the shoal where we have since seen dye plume also shows up. Old Channel signal seen to the far right. Team CORDC RIVET contingent (Eric Terrill, Peter Rogowski, Jeff Campana, Tony de Paolo, Myles Syverud, Joel Hazard, Tom Cook, Billy Middleton)

First ever blog post for me.  The ‘other’ Scripps group has been running the REMUS AUV to characterize inlet dynamics and map the outgoing plume.  Before the dye surveys, we ran a series of missions to survey the naturally occuring optical signals leaving the inlet over an outgoing tide.  Above are cross-sections of CDOM across 4 different transects.  We’ve also run some offshore to onshore transects to characterize how far offshore the plume is advecting and characterize the vertical structure.  Should be interesting to compare with the remote sensing imagery.  -Eric