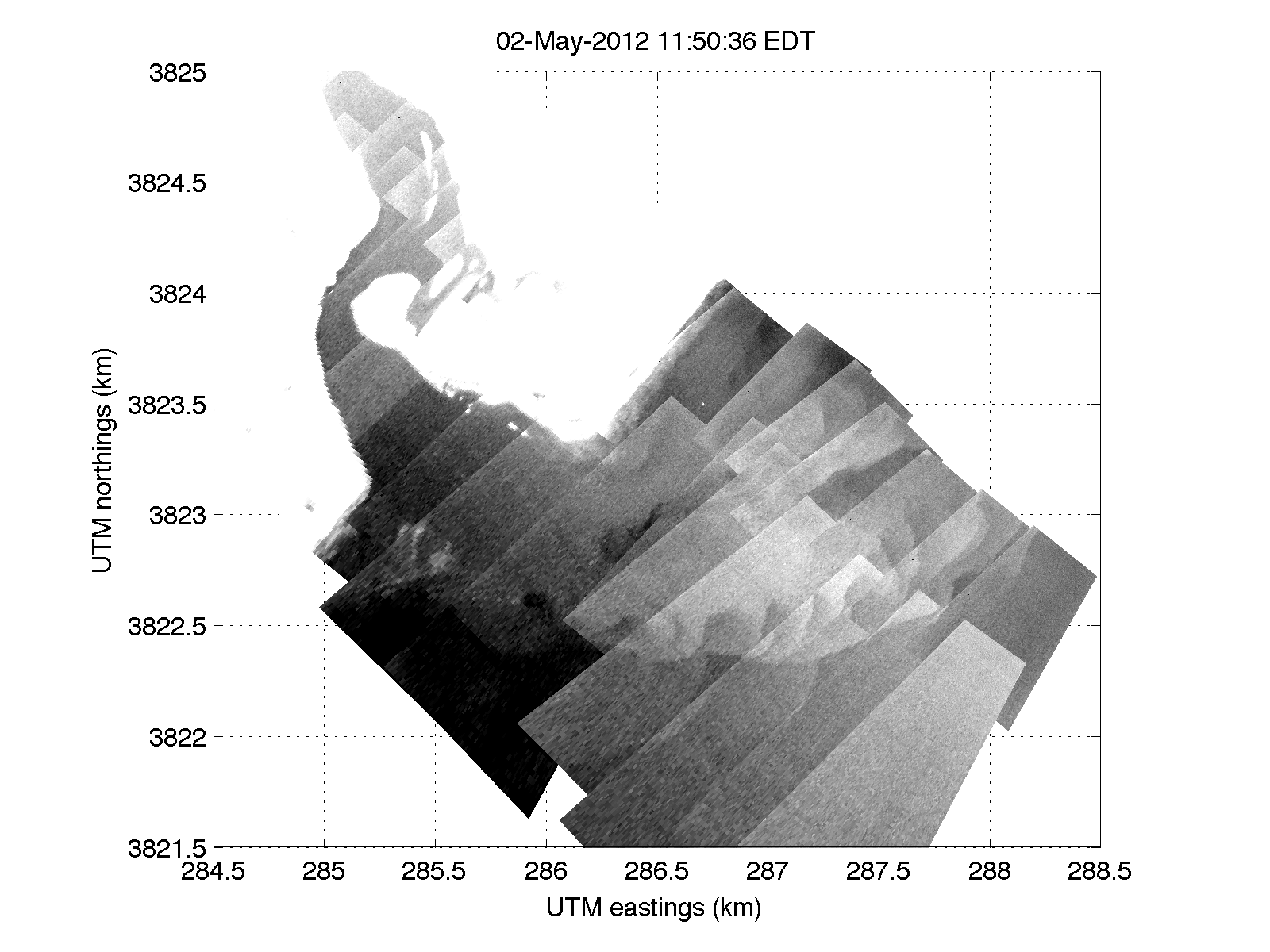 The imagery above is a preliminary mosaic of the New River inlet plume on May 2, at about 1150 EDT (the companion data to Gordon Farquaharson’s microASAR data in his May 4 post).  Brightness in the image indicates relatively warmer temperatures, and I’ve adjusted the contrast to highlight the plume, making the warmer land white. The plume on this day (due to wind) was shooting north and the plume front(s!) are complicated – including prominent transverse features at N = 3822.5km, E = 286 to 288km. Note there are still kinks in the mapping, so image overlap is not exact, and the camera drift and angular emissivity effects have not been corrected.