The dye release yesterday (May 8th) was very interesting.   The dye release was initiated shortly after slack tide as the water started ebbing.   30 gallons of Rhodamine WT were released in 2:24 min.   As usual the mounted instruments,  the jetskis, NPS/RSMAS crew, REMUS, towed ET array, and the Partenavia were all measuring the dye plume.   At first, as the tide was still not very low, the dye poured down the main channel and then oozed out over the southern shoal.    See the aerial hyperspectral image below (taken at 1339 local time, from Luc Lenain and Nick Statom).     Up the inlet near where the dye was released, the surface dye is very patchy because the dye is released about 3 m above the bed in ~9 m water depth.  At times it seems like the surface dye patch has a periodic signature.   The dye moves offshore of the south-western shoal in jets and squirts.

Below are some SLR camera images of the plume at similar stages.   These are useful for providing context but are nowhere near as quantitative. 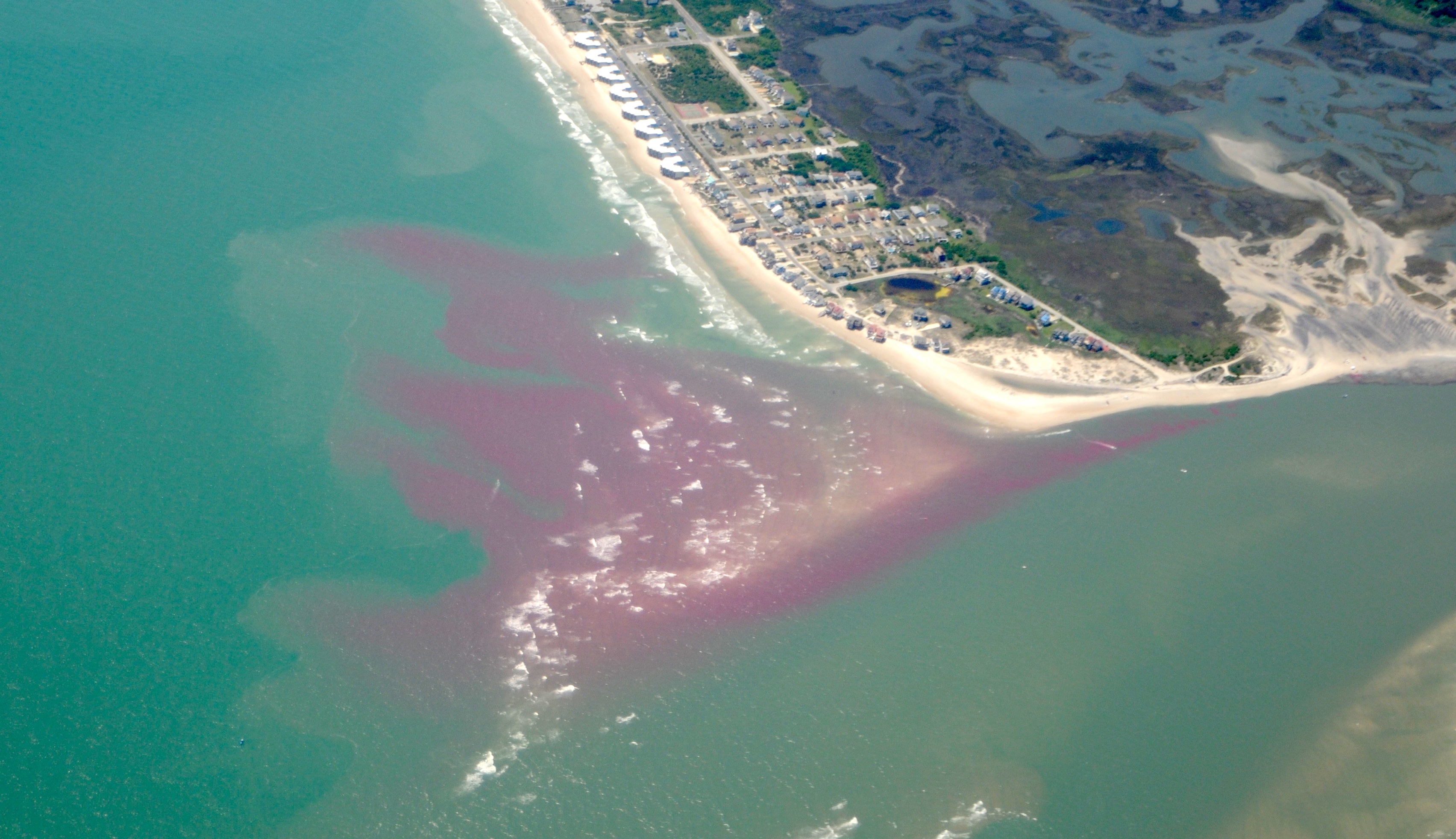