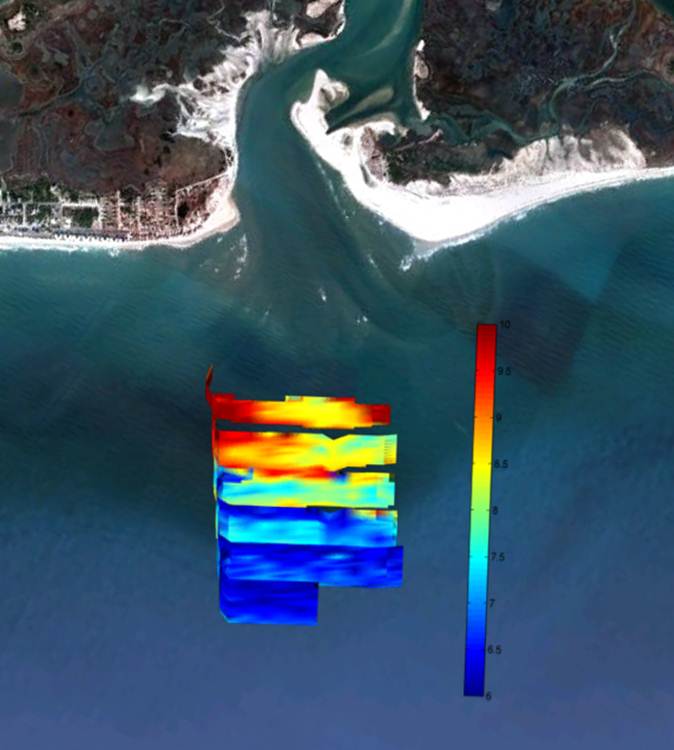 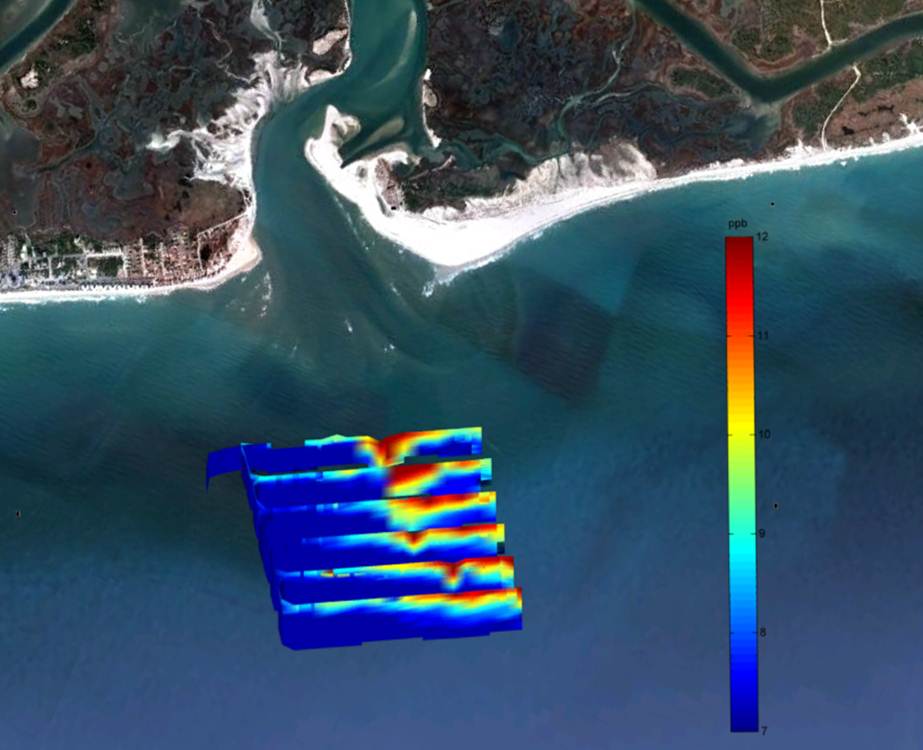 Here are the results of two AUV missions performed on 5/16 and 5/17 to observe the offshore extent of the river plume during max ebb using elevated CDOM signatures to define the boundaries of  the plume.  The 5/16 mission was performed during strong southerly wind conditions (blowing directly into the inlet) while the 5/17 mission was performed during minimal wind conditions.  Both missions extend to 1km offshore.  You’ll notice how defined the river jet is during the 5/17 mission and how the plume extends beyond our survey lines.  In contrast, it appears the strong wind conditions during the 5/16 mission suppressed the offshore extent of the plume and pushed it in a southwesterly direction.  It’s also interesting to see the impact the wind conditions have on the mixing of the plume.  The high wind event on 5/16 diluted the plume significantly (colorbar range: 6 to 10 ppb) when compared to the low  wind event on 5/17 where the river plume saw consistent CDOM levels of ~13 ppb as it is advected offshore.